The College Executive Leadership Team, led by the Principal, oversees the day-to-day running of the school. The team brings a range of skills and experience to the College. 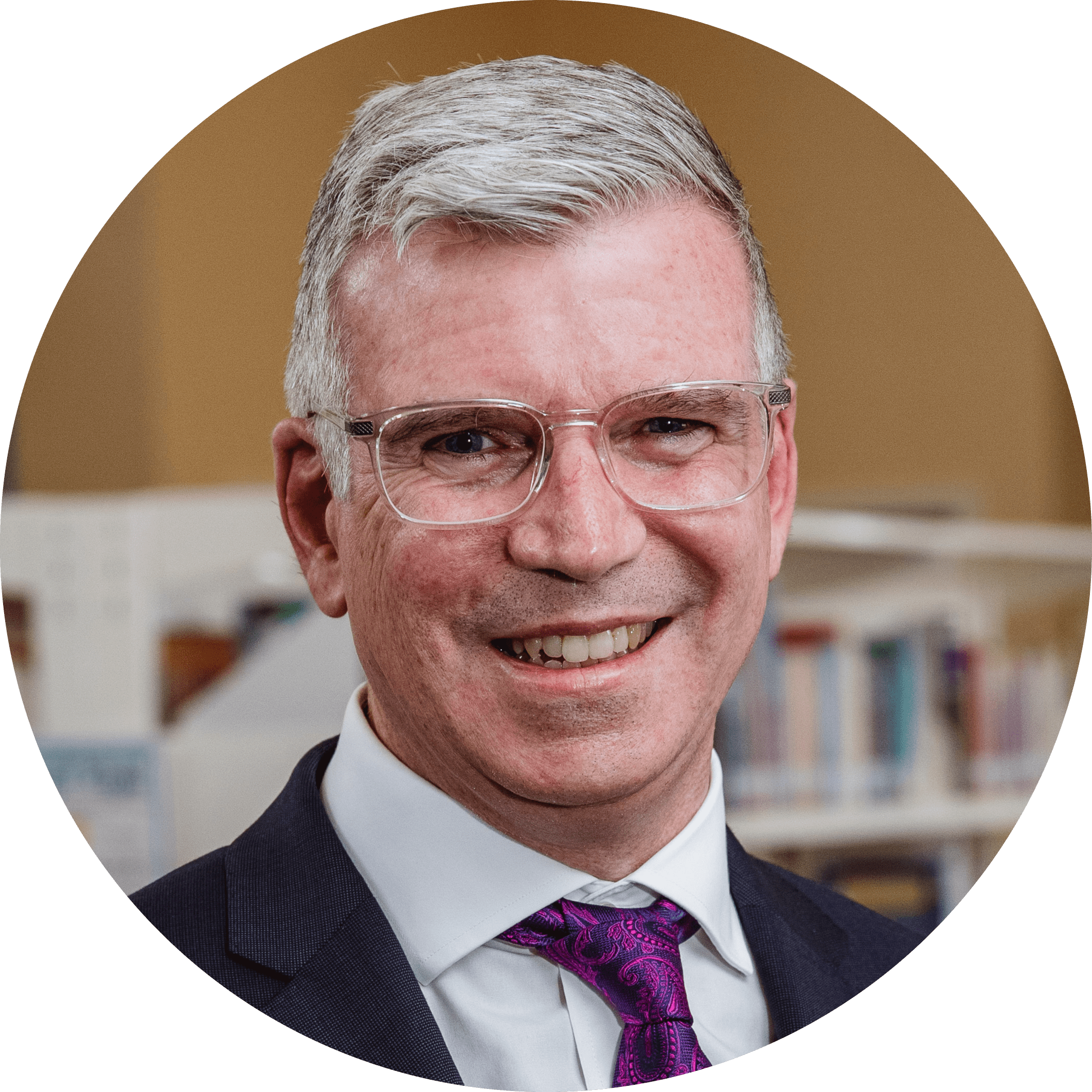 Allister joined King’s College in 2017 as Principal. His leadership experience in education has been diverse, with experience as Deputy Principal, Director of Teaching and Learning and Head of Senior School. He holds a Bachelor of Education, a Master of Education and an MBA. Since joining King’s College, Allister has played a key role in the strategic development of the College. He is passionate about Christian Education and seeing young people flourish in a Christian school. Having worked in Christian schools, independent schools and government schools, Allister brings much experience and insight to curriculum leadership, strategic planning, marketing and school improvement. He is married to Catherine and has two adult sons.

Alexandra joined King’s College in 2018. Since commencing at the College, she has held a variety of classroom teaching roles in both Junior and Senior School. She also took on the role of Junior School Curriculum Leader and most recently, Head of Teaching and Learning. Alexandra is motivated by her desire to instil life and hope into children and has enjoyed fulfilling this mission throughout her teaching career within the context of government, independent and Christian Schools. She has also spent several years living in Malaysia and working across Southeast Asia, facilitating leadership training, children’s ministry and aid relief. Alexandra brings many years of teaching experience to her role as well as a love for people, community and God. Alexandra is married to Cameron and has three children (and a lot of pets).

Beth joined the King’s College community as a parent and staff member in 2013. She has worked in Learning Support, Co-educator and Teaching roles in both our Early Learning Centre and Junior School. Beth holds a Bachelor of Education Studies and a Master of Teaching (Primary and Early Childhood). Beth is passionate about helping children develop their curiosity, creativity and confidence, and a self-identity grounded in God’s love. She has a special interest in children’s speech, language and communication development, which has led her to undertake further ongoing study in Speech Pathology. Beth has two daughters who both attend King’s College.

Brad has been involved with King's College for close to 30 years. He completed his Primary and Secondary schooling here and quickly realised that he wanted to become a teacher. After completing his tertiary studies, Brad returned to the College to commence his teaching career. He loves the unique culture at King’s College and is grateful that a Christian school exists in Warrnambool. Brad has two daughters who both attend King’s College. Brad enjoys his roles as Head of Senior School and ICT Coordinator, while also teaching Physical Education.

Carin has thoroughly enjoyed undertaking a variety of roles at King’s College over the past 15 years. These have been in a range of classrooms, specialist areas, literacy and numeracy support and more. These roles have all helped to prepare her for this current role in leadership. Carin is passionate about helping teachers create positive environments where students are engaged, motivated to think and get to experience the joy of learning. Underlying all of this is her desire to see students come to know Jesus and the amazing impact God can have on their life. When not teaching, Carin enjoys spending time with her husband and young twins, serving at Church and exploring the great outdoors.

Marko commenced at King's College in 2021 with over 15 years of teaching experience. Marko brings to the College a vast array of experiences working with children ranging from those who have been released from Juvenile Justice to helping run Sunday School programs and youth groups. Previously, Marko has worked in school leadership for six years managing 220 Year 10 students. Born in Lebanon, he moved to Australia when he was a toddler with his Lebanese father and Syrian mother, and is happy to say that he calls Australia home. This heritage gives Marko an understanding of the diversity that multiculturalism brings. Marko is a qualified Carpenter with 10 years in the trade, and holds a Bachelor of Ministry from Tabor College Victoria as well as a Graduate Diploma in Secondary Education from ACU. He is a committed Christian man who desires to share the Gospel message to all. Marko is married to Anne and has three children.

Richard has filled the Business Manager role at King’s College since December 2016. He studied Accounting at Deakin University in Warrnambool before moving to Melbourne to work with chartered accounting firm Coopers & Lybrand. A change of career direction took him to Tabor College to study a Bachelor of Arts in Biblical Studies and a Graduate Diploma in Ministry. During this time, he met his wife Janet and in 1996 they moved to Amman, Jordan where Richard studied Arabic and worked in organisational development for the Program for Theological Education by Extension, Jordan Bible Society, and helped establish an Arab Mission Society called Arabs for the Arabs. On returning to Australia in 2005, Richard completed a Master of Arts in International Relations, a Master of International Business, and a Graduate Diploma in Language (Arabic). In 2014, after caravanning around Australia Richard, Janet and their now four children returned to Warrnambool to live. He worked several part time roles in finance and business consultancy before joining King’s College. Richard heads up an Administration Team that is focused on developing efficient systems that are supportive for students, staff, and school families. Richard is passionate about developing community both within the school and beyond, is a member of the Warrnambool Lions Club, and is a strong advocate for multi-cultural community and cycling.